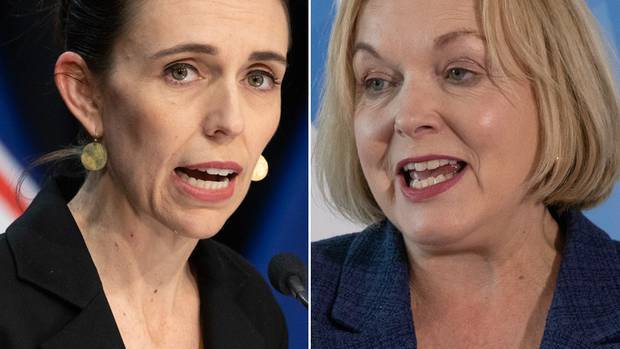 Could we still see a change of Govt?

Could the pollsters have it wrong?

On the evening of the 8th of November in 2016 I was sitting in a hotel room in La Paz, the capital of Bolivia, watching the results of the US Presidential election coming in.

For weeks prior I’d been following the commentary around that election and the traditional wisdom was, overwhelmingly, that Hillary Clinton was going to comfortably beat Donald Trump. At the time I had a very slight preference for Clinton simply because – while neither of them struck me as worthy holders of the office – Trump was coming across as a boorish oaf and Clinton had more political credibility.

As we now know, all of the pundits (and pollsters) were completely wrong and Trump won the Electoral College vote relatively comfortably (although Clinton won the national popular vote by a margin of a couple of million).

So do I think the same thing will happen in New Zealand in a few weeks’ time? No I don’t – but there are certainly some conditions under which it could happen – so let’s have a look at which cards would need to fall in Nationals favour in order for there to be a change of Government:

As a general rule, the rolling average of the results of New Zealand’s political polls have proved to be pretty accurate over the past few elections – but there are certainly exceptions to this. Even if we ignore the results of the 2016 US polls which predicted a comfortable win for Clinton – those of us old enough to remember the 1993 New Zealand election will know that we have our own polling fails closer to home. As with the US in 2016, the 1993 kiwi pollsters were all predicting a comfortable victory for Jim Bolger’s incumbent National Government – but on election night the results were actually so close that, for a time, it looked like Labour had won. This led to Jim Bolger’s infamous statement – “Bugger the Pollsters”! This excellent article from the Herald addresses this in more detail.

It’s also worth noting that the Polls don’t count the ‘undecided’ vote. These are the people who either didn’t give a preference to Pollsters, or indicated that they haven’t yet made up their mind. The most recent Newshub – Reid Research Poll doesn’t tell us how high this number is – but the One Colmar Brunton Poll tells us that these people number 14% of all those surveyed in their latest poll. This is a significant number and, In theory, these votes could swing the election, even on current polling numbers – but in reality, these votes will probably fall more or less proportionate to existing support patterns – which means they’re unlikely to alter the poll numbers by much.

If we take the results of the most recent Colmar Brunton poll , the National/ACT bloc is currently sitting at 41% and the Labour/Greens bloc sits at 54% – a gap of 13%. (NZ First is almost certainly history). Believe it or not – a relatively small change in these results could hand the election to a National/Act bloc – although it would require a specific set of things to happen. If Labour drops another 3 or 4 points, and/or the Greens fall below 5% and National and/or ACT pick up another 4 or 5 points between them – we’ll have a change of Government. Is that likely? I’d have said no earlier this week – but the trajectory of the last couple of polls suggests that it’s now becoming more possible and demonstrates that the increases in support don’t have to be eye-watering to make a difference. Labours current trajectory is down (they lost 10% between August and September in the Newshub Reid poll and another 1% in the recent Colmar Brunton poll) and Nationals is up (they gained 5% over those two months in the Reid poll and are now up to 33% in the Colmar poll) – so further big climbs and falls are entirely possible.

In 2017 the Greens were riding high in opinion polls and looking to have a good result in the election later that year. Then, in the July, their co-leader Metiria Turei admitted to an audience of Greens that she had once lied to Work and Income about having flatmates who paid her rent, in order to maintain the level of benefit that she was being paid. The story quickly hit the media and, rather than recognising her mistake and taking responsibility, Turei doubled down and defended her action. Support for the Greens plummeted and finally, in a desperate measure to staunch the exodus, Turei resigned, effective at the election. Given the large number of cock-ups from Labour over the past three years (the failure to test Border staff comes to mind as a recent one) it’s not unreasonable to expect that the odds of another scandal in the next few weeks must be at least 50/50 – although it’s worth noting that this rule applies equally to National and their recent mishandling of alternative budget numbers hasn’t helped them either.

While records are made to be broken – it’s worth remembering that Labour has never polled higher than 41% of the votes during the MMP era – and that was under Helen Clark when she was at the height of her powers. Clark was the most formidable Labour leader in living memory and Ardern simply isn’t in the same class. If Ardern tops 41% on election day it will be both an historic achievement and a slap in the face for the wise, visionary, leadership of most of the Clark era.

According to the polls around 10% of us will vote for a minor party at this election (ie, a party which is extremely unlikely to gain enough support to make it into Parliament). The majority of these Party’s are on the centre-right of the political spectrum yet, because of a quirk of MMP, those who vote for them will actually be propping up Labour on current polling numbers. This is because votes for Party’s which don’t make it into Parliament are ‘reallocated’ and given to the successful party’s in the proportions in which those party’s gained support. On current polling this means that Labour would get 4.8% of this 10% ‘wasted’ vote – more than enough to put them back into Government with votes from people who are probably fundamentally opposed to what they stand for. For this reason, supporters of the minor Party’s would be far smarter to give their list vote to National or ACT . This would ensure that their votes still had value and would change the entire dynamic of the election.

Labour voters are notorious for not turning up to vote – a reality which, in a worst case scenario, could shave several percentage points off their election night result. Labour know this – which is why they have introduced cynical politically advantageous measures such as extended voting, election day voter registration and voting for prisoners. These things are all designed to try and maximise their vote.

While I understand that this comment is politically partisan – there’s no other way to make the point. It’s as if a substantial proportion of the country has been collectively hypnotised and convinced to do something that they simply wouldn’t do if they were thinking clearly. I made this point in my recent article entitled ‘Has Ardern earned another Term’ in which I outlined the reality of the extent to which the current Government has failed to deliver and suggested that Labours support is based on an unhealthy (and undeserved) cult of personality rather than a rational analysis of what they’ve actually delivered and what’s going on in the country. A part of me clings on to the faint hope that voters might actually take the time to read the proposed policies of Labour and the Greens and be frightened out of their inertia – because anyone who understands what they’re proposing to do to curtail free speech, tax family assets, undermine business and regulate your lifestyle would need to be far to the left in their ideology to support such thinking . These things are the very opposite of what our nation needs right now.

Despite all of this I’m still of the view that the collective hysteria surrounding Ardern is simply too strong to make any of this plausible. In reality – my expectation is that we’ll wake up to a new Labour Government at the end of October and that the Nats will be consigned to another term of opposition. If this must be the outcome then let’s hope that Labour are in a position to govern on their own – because the idea of our country being held to ransom by the Greens is far too terrifying for any decent New Zealander to contemplate.