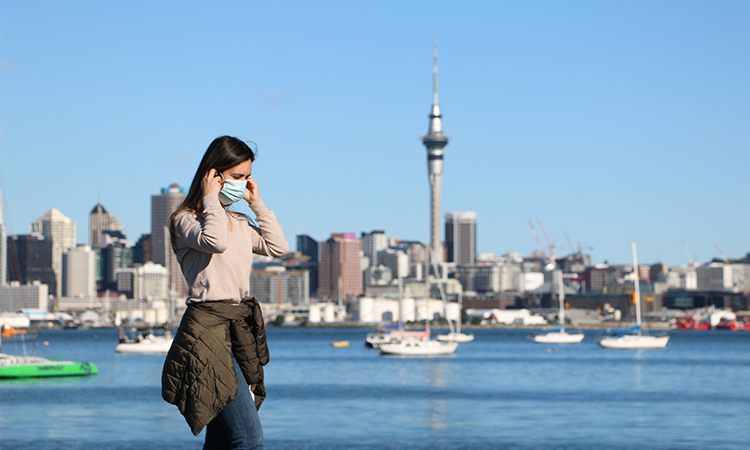 The Pandemic that wasn’t a Pandemic

Covid 19 wasn't a pandemic - at least, not in the sense that we understand that term.

Yes, you read that correctly. The virus which has dominated international attention for over two years and turned the world on its head was not a pandemic – at least, not in the sense that we commonly understand that term.

But how can that be true? Since Covid first hit the world stage the term ‘Pandemic’ has been used to describe it more than any other. In fact, so ubiquitous has that word become that the terms ‘Covid’ and ‘pandemic’ are used interchangeably as describing one and the same thing. So on what possible basis can I now claim that it wasn’t a pandemic after all?

The word itself is derived from two greek words: ‘Pan’, meaning all, and ‘demic’, meaning a group of people – so, in a medical context, a pandemic is a disease or condition which affects all people (whereas an ‘epidemic’ is generally confined to one localised area or nation).

So, by that definition, is Covid a pandemic?

Strictly speaking, yes. Covid has affected all nations throughout the world and therefore fits the classic definition of the term and can properly be described as a ‘pandemic’. But the same is equally true of a number of other conditions that also strike all people everywhere. Coronary heart disease, lung disease, a range of cancers, and even some viruses are all universal conditions which are pandemic.

But we don’t use that word to describe any of them. Why? Because, in common usage, we almost always use the term ‘pandemic’ to confer a sense of lethal danger. When the word is used by media, Government and even health professionals it is intended to convey the idea of a risk which is beyond what we would consider ‘normal’ and from which death is a real and present possibility.

So by that definition – a lethal condition from which all people, everywhere, are (or were) at significant risk of death – was Covid a pandemic?

The answer to that is a resounding ‘no’.

It may surprise you to read that statement but let me give it some context. When Covid first hit in early 2020, global health authorities had no idea how ‘lethal’ it could be but, in the absence of hard data, there were suggestions that it could be as dangerous as the 1918 Spanish Flu and that the mortality (death) rate could be as high as 7%, worldwide. Had this estimate proven accurate global deaths could have been as high as 490 million and in New Zealand up to 350,000 could have died. Against the background of that possibility, the strong measures and lockdowns imposed by Governments, around the world, weren’t just reasonable, they were absolutely necessary.

But two years later, with the benefit of an avalanche of data, we no longer need to rely on guesses. We now know that, globally, Covid didn’t kill anything like that number of people. Since the Coronavirus first hit there have been a little over 6.7 million deaths resulting from it – slightly more than 1/80th of the numbers being projected in early 2020.

That’s not to suggest that 6.7 million is a number to be taken lightly – but it’s worth remembering that it’s actually fewer people than would typically die from influenza over an equivalent period of time – so we’ve effectively swapped flu deaths for Covid deaths (and we don’t refer to seasonal influenza as a pandemic because the number of deaths aren’t considered large enough to justify that description). It’s also important to put Covid into context against the number of people who have died, globally, from other conditions over the same period of time. Consider this – over the same period in which 6.7 million people have died from Covid almost 7.4 million have died from Lung disease, 14.7 million from strokes and 20.5 million from Coronary heart disease.

Yes, you read that right – over forty two million people died, globally, from just three causes over the same period of time in which 6.7 million died of Covid and all in greater numbers than Covid related deaths. What’s more, these numbers are considered ‘normal’ because they’re in the same ballpark as the number of people who would be expected to die from these conditions over any similar period of time over the past decade.

Against these numbers the conclusion is clear – Covid was no more ‘lethal’ than any of these other conditions and only ranked as the 4th most serious condition, worldwide, since its inception.

“Yes”, I hear you say, “But those Covid deaths would have been far greater if we had not taken the measures we did to constrain it’s spread”.

Really? That doesn’t line up with the experience of nations which took a less rigorous approach to Covid. In reality, there’s no discernible difference between the rate of death in these nations and the rate of death in nations like New Zealand which continued to take a more extreme approach to Covid long after it became obvious that the risk wasn’t commensurate with the limitation of freedoms being imposed.

In any case, New Zealand finally abandoned its pretence of zero-tolerance toward Covid some months ago and we’re now seeing the virus play out in a way which is akin to a seasonal flu rather than as a lethal pandemic from which we all need to be protected.

While I doubt many reasonable people would question the actions of the Government to protect kiwis in 2020, it’s also obvious that the continuation of punitive measures and the restriction of freedoms in 2021 and 2022 – long after data proved the absence of any real danger – was political rather than medical. In short, the Government believed that there was widespread support for these measures and assumed that continuing with them would hold up their poll support. In doing so, they underestimated the intelligence of the average voter and their ability to understand data. Those chickens are now coming home to roost.

Covid was never a pandemic and the economic carnage and social damage which has been left in its wake could have largely been avoided if the Government had heeded data rather than courting electoral popularity.

We now face a decade of hard work to clean up the consequences of that incompetence.

OLDER POSTThe two most powerful words in the English language?