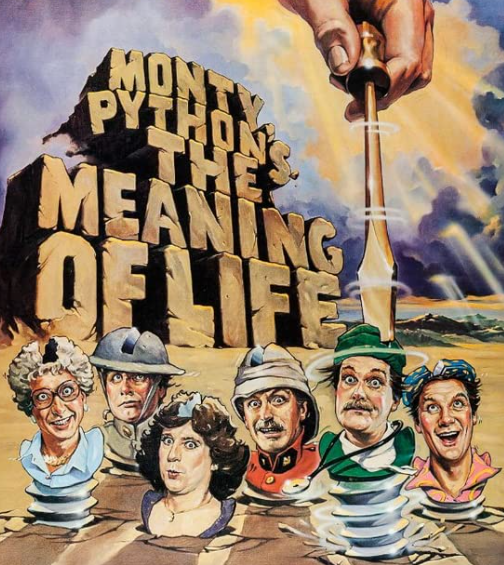 If King Solomon was right, our life's work is in vain and nothing we do will last the distance

“In vain, in vain. Everything is in vain”.

That’s a paraphrased version of the words of King Solomon in the opening verse of the Book of Ecclesiastes in the Old Testament. In context, the verse is saying that ultimately, all of our labours are meaningless. That generations come and go, but that the sun rises and sets, the wind blows, the earth remains forever and that there is nothing new under the sun.

It’s a dark and depressing opening to a book which deals with the pain and frustration of life, the distortions and inequalities of our existence, the uselessness of ambition and the limitations of authority and leadership.

And yet, as we grow older, the wisdom of those words becomes more apparent. As we age, we look back on the things that we’ve devoted time and energy to and realise, with a growing resignation, that much of what we’ve done with our life – the things that seemed so important at one time – have disappeared into the abyss of history and are neither appreciated, nor remembered. And while it’s true that, for some of us, a physical testament to our work remains in the form of a structure, a building or a plaque – even in those cases, time reduces our name to little more than a meaningless by-line to new generations who are unacquainted with the detail of our role.

This reality was recently brought home with the death of former Soviet President Mikhail Gorbachev, a man who, less than 25 years ago, reshaped Europe and Asia, ended the Cold War and made the entire world a safer place – but whose death was barely even reported in most media.

“But….”, I hear you say, “surely the measure of our life’s work is the work itself – not whether we’re remembered as the person who made it happen”?

Perhaps that’s true of a small-number of self-actualised individuals throughout history, but if we’re honest, the vast majority of legacy projects are the result of the confluence of people who felt passionate about a cause and wanted to be recognised for making a difference in that space. There’s nothing intrinsically wrong with this, of course – but if Solomon was right (and he was), nothing we do will last the distance anyway. For most of us, our work will last a generation, maybe two – and for a very few individuals it might even span a century or more – although the original story will continue to be ‘updated’ and appropriated by successive generations wanting to overlay it with their own agendas and narratives.

So, what’s the point? If the legacy of our labours really is so temporary, why bother making the effort?

For me, the answer to that question is wrapped up in the expression of my faith in God. I won’t bore you with the details except to explain that my faith gives me certainty that one day soon I will stand before my Creator and the deeds that I have performed in support of that faith will be reviewed, one by one. (fortunately, the much longer list of my lifetime of transgressions won’t be equally reviewed – for reasons that I’ll leave for another day).

And what will He be looking for in that assessment of my life’s work? It certainly won’t be the acts of my former political roles, the progression of my career over 4 decades, or the businesses and wealth that I’ve created along the way (except to the extent that I might have used that wealth for good). Nor will it be the various musical projects I’ve undertaken, the public policy I’ve influenced, or even my media commentary about the property market over many years.

He won’t even be interested in our work around the things that we think are the big issues of the day. If you’re a conservative you might think that your actions in response to the Climate Change agenda, Covid and mandates, Agenda 2030, the Great Reset, gender identity issues or any number of other causes are His focus right now – but they’re not.

None of this matters to Him because He’s above all of it and will perform His own ‘great reset’ at a time of His choosing.

Nothing that you or I do, outside of these tasks, will last. If I died tomorrow, I would be quickly forgotten and any momentary void that I left would be quickly filled like a ripple on water – visible for just a moment before it quickly disappears.

And that’s ok – because the purpose of my life doesn’t lie in the accolades of men. Instead, it resides in the approval and acknowledgement of my Creator – and in an eternity spent in His presence.

My most passionate wish is that the same will be true for you.

(if you have any questions about this article, please feel very free to contact me on ashley@nzemail.com)

NEWER POSTIs this the identity of the next tyrant?
OLDER POSTSome things just can’t be cancelled