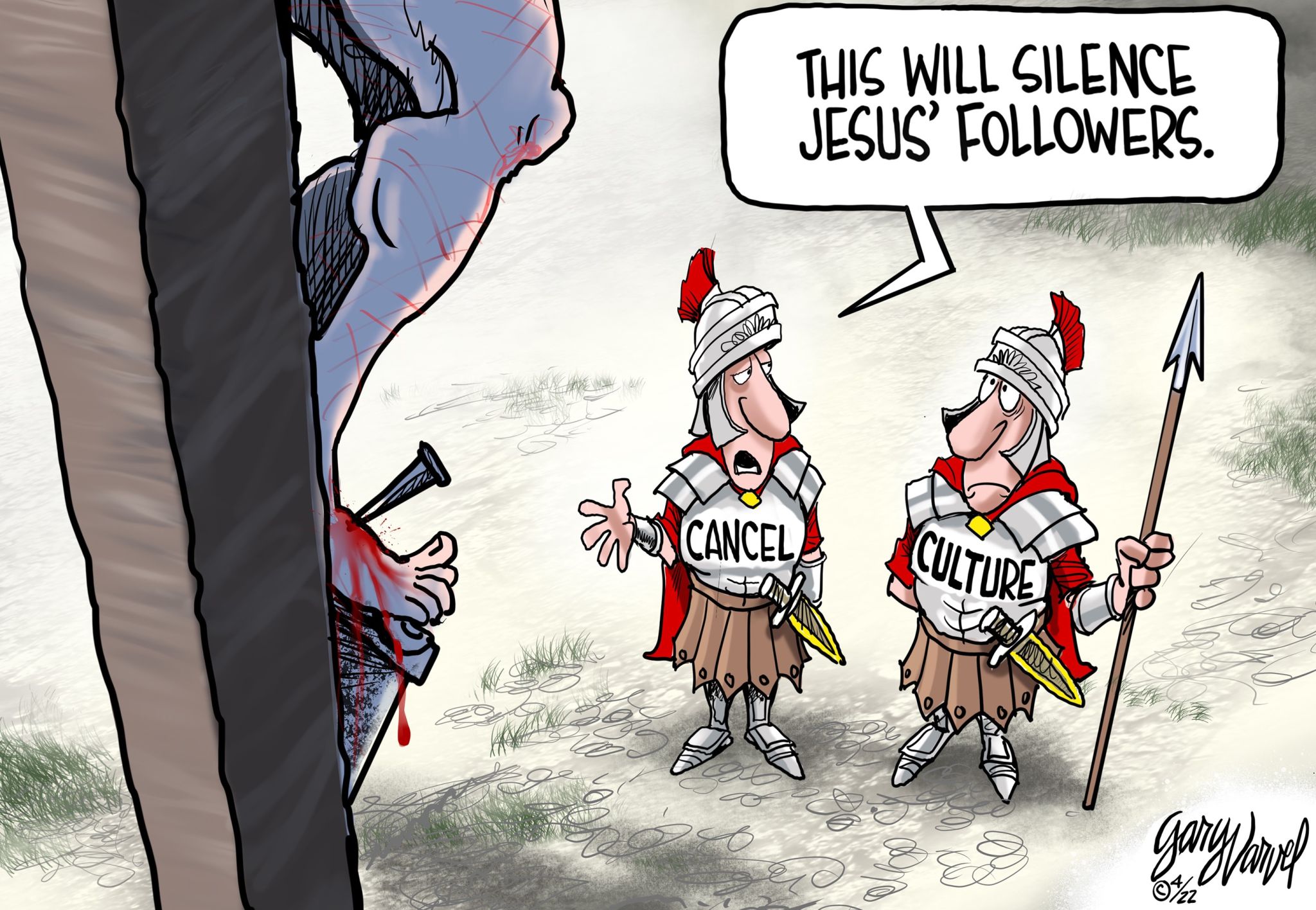 The idea that a viewpoint or person can simply be ‘banned’ has been around for thousands of years and isn’t exclusive to the left.

This meme is a clever reminder that the practice we refer to as ‘cancel culture’ isn’t new – and more importantly, that it doesn’t work.

The idea that a group or movement can simply ‘ban’ a viewpoint, philosophy or person has been around for thousands of years and isn’t exclusive to the left. As recently as the 1950s the American movement known as ‘McCarthyism’ destroyed the careers and lives of tens of thousands of people (including ‘celebrities’ and politicians) who held views that were at odds with an extreme form of American nationalism which was in vogue at the time. It may not have operated under the name ‘cancel culture’, but it was absolutely no different in its practice or effect.

Its also a practice which leads, inevitably, to attempts to curtail free speech. For those who seek to suppress a view, it’s only a small step, from advocating social conformity to demanding legal conformity – which is why we’re now seeing moves to legislate against ‘hate speech’ (which is often not ‘hateful’ speech, but rather, views which are at odds with the prevailing narrative).

But here’s the thing: history teaches us that attempts to control the thoughts and aspirations of others by suppressing unpopular ideas almost always has the opposite effect. In the same way that we create martyrs by incarcerating or even killing those who symbolise the ideas we try to eliminate, we amplify the value of their ideas and writings when we try to push them underground.

So this weekend, as you enjoy your break, spare a thought for the reason for that break: A man whose life and existence symbolises something so powerful that the Roman Empire (and every empire since) has been unable to suppress it.

He never wrote a book. He never held an office. He never had a family or owned a home. He didn’t go to University. He never lived in a big city. In fact, he did none of the things that usually accompany greatness. He had no credentials but himself.

He was only 33 when the tide of public opinion turned against him and popular culture tried to ‘cancel’ him. His friends ran away. One of them denied him. He was turned over to his enemies and went through the mockery of a trial. He was nailed to a cross between two thieves. While he was dying, his executioners gambled for his garments, the only property he had on earth. When he was dead, he was laid in a borrowed grave, through the pity of a friend.

So, instead of trying to ‘cancel’ him, maybe find out a bit more about why he has had such an impact. You might be surprised it what you discover….