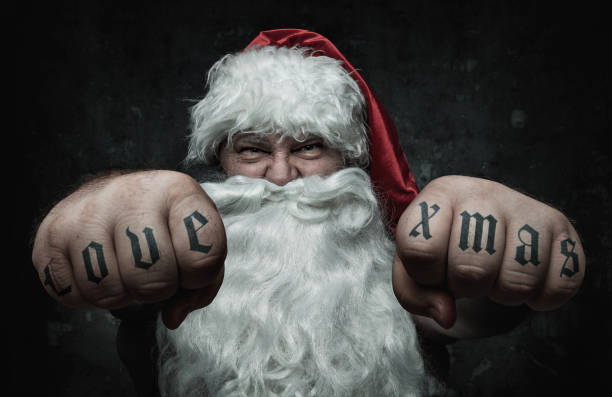 What’s the real story behind Christmas?

Is it just another day - or an important annual event?

Most of us here in New Zealand, and around the western world, are preparing for Christmas. Why? Because, regardless of what we believe – we see Christmas as a great opportunity to get together with family and loved ones, and a chance to reflect on the year that was.

And for most of us – particularly in this post-Christian era – ‘Christmas’ is no longer something we do for ‘religious’ reasons – which is probably a good thing because the day, itself, has very little to do with Christianity – and never has had.

That might surprise you – but it’s true. When you start pulling the Christmas tradition apart, you’ll find that most of what we’ve been brought up to believe about this particular day isn’t true.

Here’s just a sample of some of the ‘Christmas’ traditions that we celebrate which aren’t actually ‘Christian’:

The 25th of December wasn’t the day Jesus was born

What? Surely that can’t be right? But it is. The reality is that we don’t actually know the day of Jesus’ birth – but we know that it wasn’t in December because we’re told that shepherds were watching their flocks on the night that it happened. Why is that significant? Because December is in Winter in Israel and we can know, with certainty, that they wouldn’t have been tending flocks at that time of year.

So whose birthday is it? There are several pre-Christian candidates for a 25 December birthday – but the most likely one is Mithras, the Roman Sun God. Mithraic worship vied with Christianity in the first couple of centuries after Christ, and it’s almost certain that the early Church fathers simply ‘blended’ elements of Mithraism and Christianity to ease the transition to the newly enforced Christianity. That had all sorts of unintended consequences – which included the early development of ‘Christmas’ and the moving of ‘the day of worship’ from the sabbath on the seventh day to the first day of the new week (Sunday).

There are also suggestions that the 25th of December was the birthday of the Egyptian God Horus and the ‘god’ Tammuz. The more likely explanation is that all of these traced that date to a single entity or event – but we can be sure that it wasn’t Christ.

Yes, I know. We all know the famous carol – “We three kings of orient are……”.

It’s very catchy – and completely wrong. The ‘kings’ weren’t kings – they were Magi – members of the same Babylonian Mystery School that the Prophet Daniel had been in charge of 500 years earlier and they had faithfully retained the knowledge that had been passed down to them – including a knowledge of astronomy. So they knew to watch the skies and they knew that the arrival of the King of Israel would be preceded by a particular star alignment.

Don’t believe me? Go and read the second Chapter of the Biblical book of Matthew. It’s all there in black and white.

There’s also no mention, there, of how many of them there were – but there was almost certainly more than four. The tradition of just ‘three’ has probably come about because of the three gifts that are mentioned.

Oh, and it’s unlikely that they were there at the birth. It’s much more likely that they arrived as much as 18 months after he was born – which is why King Herod extended the Massacre of the Innocents to include children under two (an event which led to all Hebrew infants under the age of two being killed to prevent Jesus becoming a rival to Herod’s crown).

The Bible DOES mention the use of ‘Christmas Trees’

they cut a tree out of the forest, and a craftsman shapes it with his chisel.
They adorn it with silver and gold; they fasten it with hammer and nails
so it will not totter.
Like a scarecrow in a cucumber field, their idols cannot speak;
they must be carried because they cannot walk.
Do not fear them; they can do no harm nor can they do any good.”

To be fair, the idea of Santa Claus was around long before the Coca Cola company – but the popular modern ‘image’ of him as a chubby, warm, happy old man sporting a white beard and rosy cheeks was definitely invented by Coke as part of a 1931 ad campaign.

Prior to that he was variously depicted as a tall gaunt man, an elf, and even a demonic figure.

So why was there so much confusion about how he should look? Didn’t the Bible give some sort of description of him?

Well, no. Inexplicably, the idea of a guy living at the North Pole with Elves, flying in a reindeer drawn sleigh, and traversing the entire world one night a year to distribute presents to kids doesn’t actually appear anywhere in scripture. Not at all.

The idea probably evolved from a Greek ‘saint’ called Saint Nicholas, who lived in the 3rd and 4th centuries, and who was known for secretly providing gifts to those he chose to help.

A good guy? Undoubtedly. A ‘Christian’ model for global gift giving to celebrate the birth of Jesus? Not in the slightest.

Back in the 17th Century, when Protestantism was at its height and pushing back on the many excesses and errors of Catholicism, ‘Christmas’ came under strong scrutiny and was almost completely obliterated in Protestant England. The English Parliament even outlawed it in 1643 and insisted that shops should stay open on the day as well as condemning plum puddings and mince pies as ‘heathen’.

It was also condemned by the Baptists, the Puritans, the Quakers, the Methodists and the Presbyterians.

It’s also worth noting that the US Congress sat in session on 25 December 1789 – which either indicates that the Founding Fathers had an extraordinary work ethic, or that they didn’t have regard for the Christmas tradition. In fact, Christmas wasn’t declared a federal holiday in the US until 1870.

This all seems quite quaint to us now – but it’s an indication of the strength of the feeling against Christmas at the time.

The birth of Jesus isn’t ‘the main event’ anyway

While there is certainly celebration at the birth of Christ in the New Testament Gospels – it’s not the event for which mankind should be most grateful. That would be the crucifixion – the single most important act in the history of the human race and the basis upon which every person alive can have a relationship with their Creator, if they choose to.

Technically, there is an annual celebration which purports to commemorate that event, in the form of ‘Easter’ – but as with ‘Christmas’ and its claim to celebrate the birth of Christ, we’ve managed to bastardise the meaning of His crucifixion to the point where its real purpose is completely unrecognisable. But that’s an article for another day.

So what does this all mean? Given the massive difference between the superficial purpose of Christmas and its real origins – how should we respond?

Most of those reading this will probably just shrug their shoulders and say, ‘so what’. For these people, Christianity is irrelevant anyway and Christmas is simply a quaint excuse for a holiday and a fond memory from childhood that they can now share with their own kids and grandkids.

But for a few, this might have given you cause to think about what you’ve read.

Should people of faith celebrate ‘Christmas’? Ultimately that’s a personal choice and one between you and your Maker.

My own approach is to absolutely reject the ‘Christmas’ celebration as having anything, whatsoever, to do with the faith that guides me – but to enjoy the day off as an opportunity to reconnect with family.

What you choose to do is up to you.