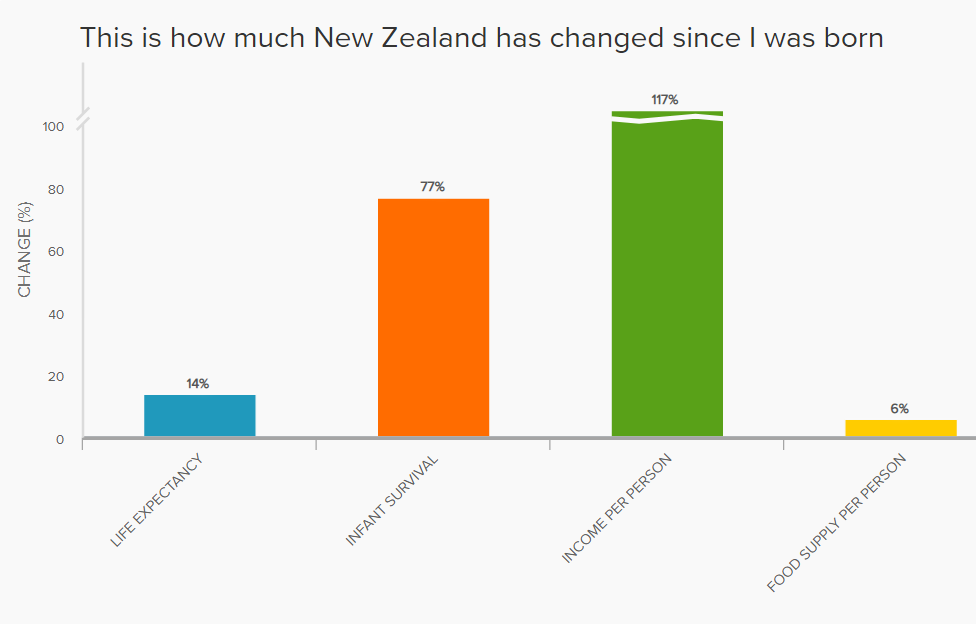 Are the poor getting poorer?

For the last couple of years I’ve been a regular guest on a live national radio show where listeners can call in with questions (or sometimes to make statements). It’s a great format because I never know what’s coming so it tests both my knowledge and my ability to handle challenges from people who might disagree with my views and are sometimes quite angry. But as much as I enjoy it, I’ve also noticed that truth and accuracy are often the first victims in the assertions being made by callers. Seriously! People will make outrageous claims to bolster their positions and often seem offended when I push back with a counterpoint or to correct a statistic which, more often than not, seems to have been pulled out of thin air.

One such incident of this happened recently – not on my regular radio spot, but while I was a guest on a political podcast which had a section devoted to viewers questions. In this instance a viewer – ‘James’ – had texted in a question in which he made the claim that New Zealand has ‘the worst housing related health statistics in the world’. Yep – forget Syria, Egypt, an assortment of African dictatorships, about half of South America and parts of China and India – New Zealand’s stats are apparently worse than them all. It was a ridiculous, unsupportable, claim and I said so at the time – but sadly it seems to be part of a growing trend where extracting the shock value from your claim seems to be more important than actually telling the truth.

Fortunately, there’s been a website set up to challenge some of these claims and provide numbers based on real data rather than predetermined political positions. This site – which is at www.humanprogress.org/ylin – provides customisable graphs for just about any measure you can imagine, and draws its information directly from available data in each country.

The results are often astounding and usually turn well established claims on their head.

Let’s take ‘poverty’ which is periodically the subject of all sorts of extremist claims here in New Zealand, with ‘experts’ opining that it’s extremely bad and getting worse. But is that really true? Putting aside the nonsensical measures used to try and make this point – (and without diminishing the lot of those kiwis who really DO live in a state of poverty) – it’s worth reviewing the facts relative to the fictitious claims.

But as impressive as these numbers are – the international stats are even better. Consider this:

These numbers make a nonsense and a mockery of the claims of those who attack the fundamentals of capitalism and promote a great step backward to the failed economic approaches of the past. Everyone – rich and poor alike- has benefited from the free operation of the market and nations which have adopted that approach, such as China and Vietnam, have seen huge improvements in the economic welfare of their people.

Just to be clear – I’m firmly of the view that there are many measures by which New Zealand, and the world, can be seen to have declined over the past 50 years. The measures around personal responsibility, respect for others, concern for the rights of the individual, crime, honesty, charity and other social measures will almost certainly all show that our nations are worse places than they were for our grandparents. But on economic measures the trend has all been in one direction – up – and the economic and health condition of your average inhabitant of planet Earth is exponentially better now than it was just a few short decades ago.

I have no problem with people using statistics in order to get action on their pet causes – but if you’re going to push an agenda, make sure that the real numbers support the position that you’re taking. Anything else is self-serving and dishonest.