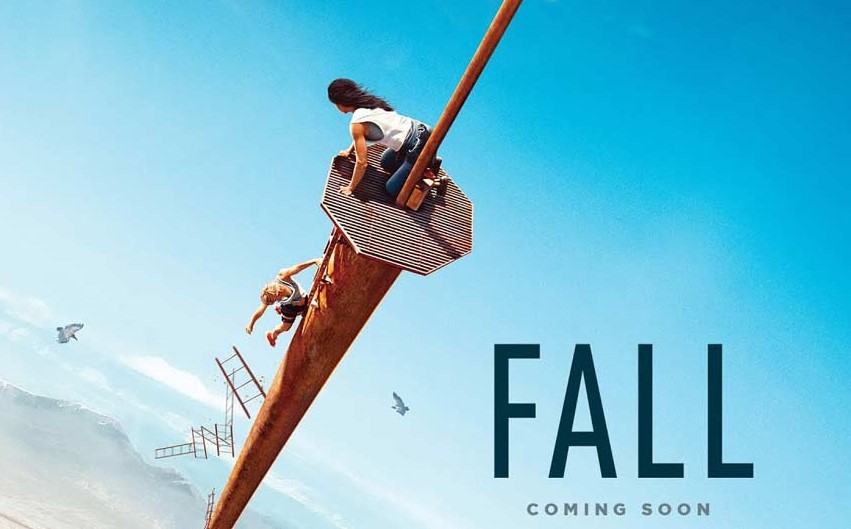 Is there a hidden message in ‘Fall’?

Regardless of who you are, the chances are that you have some kind of phobia. It might be a fear of spider’s (arachnophobia), a fear of confined spaces (claustrophobia) – or something a bit more exotic like a fear of bathing (ablutophobia) or the fear of balloons (globophobia). Whatever yours is, we all have them and they seem to be dished out on a completely random basis that has nothing to do with past experiences.

My own phobias are a case in point. I nearly drowned as a kid, yet I’ve never had any fear of water. Conversely, none of the three irrational phobias that I’ve grappled with during my life relate to events which might be reasonably expected to have ‘caused’ them. They’re just there.

Thankfully, the first of these fears – needles/injections – has dissipated as I’ve gotten older. As a young guy, just the thought of being injected with a needle would make my heart pound and my pulse race in a way that made no logical sense. Now, at 58, that excruciating panic has all but gone – which is a blessing as, these days, I have four to five blood tests per year. Exactly why the phobia is gone, I have no idea – I’m just grateful that it has.

Conversely, my second phobia – aeroplane turbulence – has increased significantly with age. Don’t get me wrong – I love flying and have probably spent thousands of hours in the air throughout my life – but mid-flight turbulence has become a cause of increasing anxiety with the passing of years, and while it hasn’t been enough to stop me from flying, it has certainly curtailed my enjoyment of a form of transport for which I once eagerly anticipated each new journey.

But it’s my third fear – heights – which affects me the most profoundly and, like air turbulence, has become more acute and extreme with age.  For example, on a trip to Machu Picchu in Peru a few years ago, I was unable to bring myself to look out the windows of the van which carried us up the mountain and I spent that part of the journey looking at the floor of the van rather than looking out the window at the stunning view. My logical mind told me that this was a silly reaction to a very safe trip – but that didn’t make the fear any less real.

So, you can imagine my reaction to the recently released movie ‘Fall’ which was almost entirely set at the top of a 2,000-foot disused TV tower in the Mojave Desert in California.

For the record, I enjoy a good movie and will emotionally respond to a well-crafted story as strongly as the next person – but horror and suspense movies generally just don’t do it for me. Perhaps it’s the cynic in me, but the current Hollywood penchant for cliched storylines and the use of splatter to try and compensate for bad acting and a lack of good dialogue means that I’ve given up on expecting too much from those genres.

But ‘Fall’ was different.

The premise of the movie was simple enough: Becky, who had recently lost her husband in a climbing accident, is encouraged by her risk-taking friend, Hunter, to join her in climbing the tower as a way of facing her fears and as an opportunity to scatter Becky’s husbands’ ashes. Becky hesitates, at first, but eventually agrees to join Becky in the climb.

Pretty standard fare, so far, but that all changes once the pair get to the tower and, from the moment they start climbing, the tension starts to build. At this point I need to heap accolades on the Director of the movie because he somehow manages to make you, as viewer, feel that you’re taking part in the climb – even though you’re simply watching from the comfort of your seat.

It’s hard to describe the intensity of the physical reaction to what you’re watching but, by the time Becky and Hunter were halfway up the tower, the anxiety was so great that I had to keep looking away from the screen. And it never stopped. I knew I was watching a movie – but that didn’t diminish the constant sense of dread – which was skillfully enhanced by cinematography which kept the floor of the Mojave Desert, 2,000 feet below, in near constant view, reminding me that certain death lay just beyond a missed step or slipped grip.

No doubt, at this point, you’re thinking that the strength of my reaction was due to my fear of heights – and yes, there was probably an element of that. But even my wife, who doesn’t share that particular phobia with me, had a powerful reaction to the relentless and visceral tension of the movie and also found herself constantly looking away.

As one reviewer so accurately put it – “If you’re looking for a movie that will make you curl up in the foetal position and look away from the cinema screen – this is it”. The reviews of ‘Fall’ are generally very positive, but I’ve read a couple which have suggested that two young women would be unlikely to take such a silly risk. I disagree. I think this is exactly the kind of thing that two confident young women might do – particularly two young women who saw themselves as ‘bulletproof’ and who hadn’t yet developed the wisdom to weigh the countervailing risks.

Which brings me to what was, for me, the ‘hidden’ (and unintentional) message of the movie.

As I watched, I realized that few people put themselves into life-threatening situations with the intention of dying which means that, rightly or wrongly, people who take such risks believe that the risk is ‘manageable’.

Of course, these assessments are hugely subjective and tend to be tempered by experience and age. Young men kill themselves in car accidents and young women put themselves in dangerous situations, simply because they don’t have the knowledge and life experience to see the ever-present risks in these, and other, situations.

To use an old biblical quote – they ‘perish through lack of knowledge’. (Hosea 4:6)

Of course, the ‘knowledge’ referred to in that quote goes far beyond mere physical risk. It’s talking about the very purpose of life and the consequences of not acting on that purpose.

That probably sounds pretty heavy – but it’s the explicit message of scripture. We’re all born with just one purpose – to make ourselves acceptable to our Creator when we eventually meet Him face to face – and the consequences of not doing that are far scarier than anything you can imagine.

Fortunately, He’s also provided us with the way (the ONLY way) to make ourselves acceptable to Him and has spent over two thousand years repeatedly communicating that, to us, through every available channel.

Yet most of us choose to ignore the message. Like Becky and Hunter, in the movie, we’re precariously perched between life and death – balanced between ‘falling’ and ‘being rescued’, yet refusing, through pride, stubbornness, or ignorance, to do what needs to be done to be lifted to safety.

Sadly, most of us don’t realise just how urgent our situation is. We think we have time; we choose to believe what makes us feel comfortable about life after death (rather than what scripture actually tells us happens); or we simply think we’re too smart to be caught out. But if we really understood the consequences of ‘falling’ – if we knew that the death beyond death, for those who reject safety, is to be conscious but separated from God ‘forever’ – we would put aside all other foolish priorities and rush to accept that safety.

The movie ‘Fall’ is now available for digital purchase through Amazon and it’s well worth a watch. .

But far far more importantly – I’d encourage you to consider your own exposure to life-threatening risk. Have you ensured your own ultimate safety by accepting the free ‘rescue’ provided by God – or are you still perched precariously between two possible eternities?

You only pass this way once – and this is the real thing, not a movie. Don’t blow your chance.