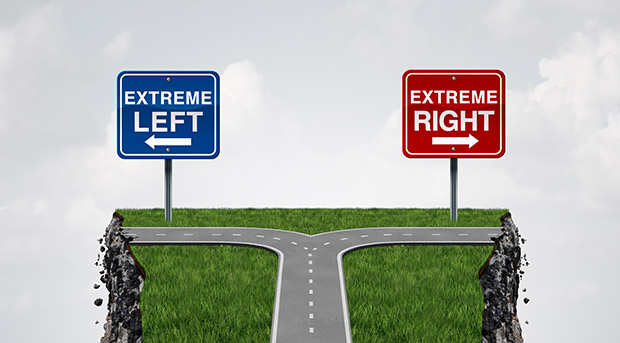 Is the new left really ‘progressive’?

Or is it a new spin on a familiar theme

In recent months I’ve written a lot about the alt:left and alt:right – two political extremes which are changing the face of the traditional political landscape in western nations.

But where did these extremes come from?

Perhaps they’re merely pendulum swings where one is simply a reaction to the other – although the order of their appearance is less important than the impact that one of them, in particular, is now having on our way of life.

We haven’t seen the emergence of an extreme right Government in a western nation in several decades – but there are already a number of alt:left Governments currently operating at national and State level around the world.

Under the pretence of claiming to improve the condition of the down-trodden and enhance equality, these governments can typically be identified by their extremism in moves to redefine gender; the endorsement of ‘cancel culture’; the use of the apparatus of Government to try and change public behaviour on ideological issues; a direct attack on traditional rights of free speech under the euphemism of ‘hate speech’; moves to centralise the flow of information and bring it under state control; the re-writing of history under the auspices of critical race theory; a sustained attack on ‘traditional values’; and the use of the terms disinformation/misinformation to undermine viewpoints that don’t adhere to an approved narrative.

Sounds familiar, right? But when did we actually vote for this stuff?

Such Governments, and their supporters, don’t refer to themselves as ‘alt:left’ of course – they describe themselves as ‘progressive’ – and they use that term to imply that their particular views on the way that societies should be run would lead to a veritable utopia, if only their ideas were applied fully and for long enough.

But is that really true?

While champions of the alt:left claim to be concerned about those who society has traditionally side-lined – the methodology by which they try to achieve this is by imposing the will of the minority on the majority. Witness, for example, the alt:left approach to the promotion of ‘sexual identity’. Their goal isn’t social acceptance of the rights of those who deviate from the norm – it’s the total elimination of any viewpoint that suggests that there IS a norm. The motivation of the alt:left isn’t, therefore, just to have different viewpoints accepted and ‘celebrated’ – but to force others to agree that there is only ONE viewpoint. Theirs. That isn’t ‘inclusivity’ – it’s tyranny.

Contrast the alt:left worldview with traditional centre right values which include recognising the central role of the family in raising children, protecting the rights and importance of the individual, emphasising personal responsibility and a need to face the consequences of one’s actions, and adhering to a broadly agreed definition of ‘morality’ – and you can see the problem.

Alt:left ideology is diametrically opposed to all of these. It promotes the preeminent role of the State in raising children, almost unlimited license around sexual activity (and moves to remove the few remaining stigmas), the subservience of the individual to the State, ‘community’ responsibility as a placebo for personal accountability, and a complete rejection of the idea of an agreed ‘morality’.

But the alt:left doesn’t just want to challenge these ‘old’ values with new ideas – it wants to eliminate these views entirely, through censorship if necessary, so that society can no longer be influenced by them.

That isn’t ‘progressive’ – it’s ‘repressive’ – and unless you understand this, you can’t really understand what the alt:left is trying to achieve.

But again, where did this stuff come from? These aren’t the views of the ‘traditional’ left as we know it. That movement was focused on working conditions, the rights of women and minorities, and social justice – whereas this is a full-frontal attack on the very foundation of our social values. So where did this attack originate and how did it become so extreme, so quickly?

I wrote on this topic, at length, in a recent article – but mostly it can be summarised by recognising that the real goal of the alt:left is not just to transform society, but to destroy the very thing upon which traditional western society was built: Christianity.

This is no accident and it’s fully supported by the evidence and by statements from the alt:left itself. The CEO of the New Zealand based alt:left lobby group, the ‘Disinformation Project’ is, at least, honest about this – openly and repeatedly attacking Christian values in her statements and trying to portray mainstream traditional Christian views as now being extreme. In doing so, she exposes the degree to which the narrative has changed and reveals that the battle of ideologies is no longer between the views of the left and the right. It is now, a battle between a ‘Christian’ society and an ‘antichristian’ society.

That may even sound appealing to you? After all – shouldn’t we be moving away from outdated ‘religious’ values in the 21st century? Isn’t a move toward a more secular, fact based, society to be encouraged?

Even if that were true, it’s not what’s on offer. An objective study of the values underlying the alt:left reveal that, rather than seeking to replace Christianity with a new secular outlook founded on science and reason, alt:left values are underpinned by some pretty revolting stuff that took place in the centuries prior to Christ and some practices that even most non-Christians would be uncomfortable with.

Yes, I get how it sounds – but the evidence of it is everywhere.

Check out the video of the opening of the Birmingham Commonwealth Games by clicking here (then go to 1 hour, 17 minutes and 40 seconds) – or Google the video of the Opening of the Gotthard Base Tunnel, or some of the bizarre ceremonies taking place at CERN and you’ll see just how consistent the narrative is. These events all celebrate that narrative, and also feature openly anti-Christian messages and themes – even calling upon some very obvious symbolism from the Book of Revelation.

Let’s be clear. These aren’t small isolated events happening in seclusion – they’re big, international events which each attracted huge television audiences in their own right. And in each case the recurring narrative is blatantly telling us that we need to ‘cleanse’ the world of the dark influence of Christianity in order to move forward into a new era of peace and enlightenment. (if that doesn’t sound familiar you’re not reading enough scripture).

The ‘alt:left’, ‘wokism’, ‘progressive politics’ – they’re all just the new names and faces of a pervasive evil that has been present for (almost) as long as there has been a human race – and it’s end-goal hasn’t changed. If you subscribe to it, you’re merely a stooge in a drama which is has been playing out for millennia – and, frankly, you’re on the wrong side.

To be fair, many who adhere to alt:left values may not be familiar with a lot of this – but that’s not an excuse and has all the legitimacy of the German claim that ‘we didn’t know’ when they were confronted with what had been happening to the Jews in Europe during the second World War

So what can, and should, you do?

Even if you’re not a Christian, the values of that faith were primarily responsible for the transformation of society over two thousand years and underpin virtually every positive development in human rights over that time – so you don’t have to believe in it to see it’s positive impact on the human race. Obviously, no society is perfect – but Christianity has enabled us to achieve a balance which celebrates individualism while supporting the most vulnerable.

Meanwhile, the alt:left isn’t ‘progressive’ – it’s tyrannical and authoritarian and its roots trace back to the same old evil that has plagued the world for nearly six thousand years.

One day soon, you’ll need to choose a side.

NEWER POSTWhat’s the real story behind Christmas?
OLDER POSTIs there a spooky prediction in an old Billy Joel song?