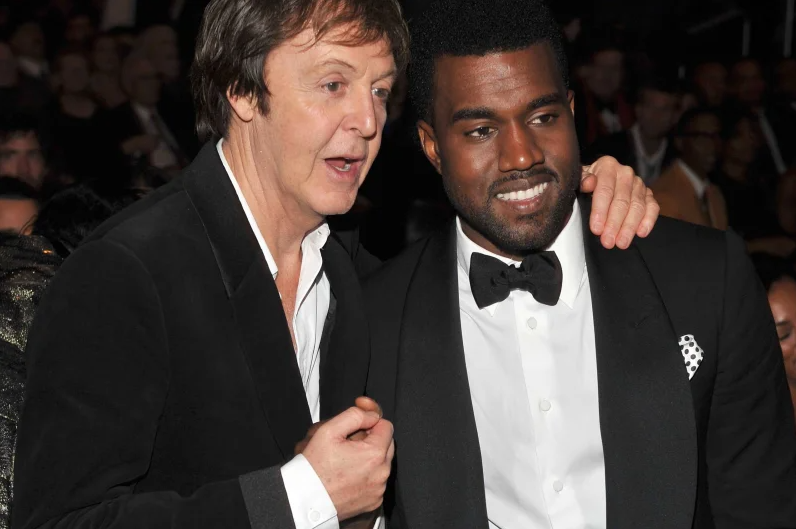 What’s different about the current generation?

Are Millennials really all that different to previous generations?

Recently, I posted a meme on social media in which three young people were commenting on the 2014 musical collaboration between Paul McCartney and Kayne West. All three mentioned that they didn’t know who McCartney was, but that he would, in all likelihood, have a career in music now that Kayne had ‘discovered’ him.

Obviously, I saw the humour in this naivete and posted the meme, assuming that others would see it in the same way – but I wasn’t prepared for what happened over the next 24 hours. My post attracted hundreds of comments and ‘likes’ from others who saw it as an opportunity to pile in on Millennials. To be fair, some of it was good natured and done in good humour – but other comments were quite nasty and created an ‘us and them’ environment which certainly hadn’t been my intention.

At the forefront of these comments was a strong inference that Millennials are pampered, that their views of the world are based on very little factual evidence and research and that, therefore, their political causes are based on bad information and faulty reasoning.

But is it true? And even if it is, are Millennials really all that different to previous generations?

It’s a topic I’ve considered before and, as a Christian, it’s also a topic in which I have a particular interest because of the biblical warning about the type of people who will inhabit the planet in the ‘last days’. Frankly, it’s not a flattering picture:

“But mark this: There will be terrible times in the last days. People will be lovers of themselves, lovers of money, boastful, proud, abusive, disobedient to their parents, ungrateful, unholy, without love, unforgiving, slanderous, without self-control, brutal, not lovers of the good, treacherous, rash, conceited, lovers of pleasure rather than lovers of God”. 2 Timothy 3:1-4

If we’re honest, a lot of that rings true as a general indictment on contemporary society – but I’m not sure that it’s necessarily new, nor that it only describes the current crop of young people. Indeed, the character traits in that passage have been true of society for my entire life (in fact I’ve exhibited several of them, myself, during my 58 years) – so I certainly don’t accept that Millennials (who are now adults) should carry the burden of fulfilment of that particular prophecy on their own.

So let me clear: yes, moral values are in rapid decline – in fact the extent to which they now mirror the prophecy is both spooky and alarming – but that decline isn’t new – it’s been taking place since the 1950s, and it describes the society that we’ve all been creating since that time.

So what changed in the 50s?

That’s easy – the influence of Christianity in the west started to decline. Books have been written about precisely why this happened, but the fact of it is indisputable. Starting in the fifties, first slowly, and then more quickly over the following decades, Church attendance fell away, Christian charities, social organisations and institutions were taken over, Christian education and history was increasingly banished from our schools and Universities and laws that had been based on Christian principles were progressively replaced with new legislation based on different value systems and views.

As a result, we now live in a ‘post Christian’ society with a very different value base to the one which existed at the close of the second world war. To Bible students this is no surprise. Scripture describes this decline in many places and in a variety of different ways – and even has a name for it. It calls it ‘The Great Apostasy’ or ‘The Great Falling Away’ and describes the typical person living at that time as a ‘man of sin’ and a ‘son of perdition’.

Of course, not everybody views these social changes as negatively as scripture does. In fact, I’d venture that most people believe that society is now ‘better’ than it was 70 years ago. They would argue that society now focuses on promoting personal well-being, the redistribution of wealth, the promotion of self-confidence and self-worth, teaching kids to speak up and challenge outdated ideas and reject the notions of the past, the preeminence of personal rights and entitlements, an appreciation of mental health and the pursuit of personal happiness.

Sound familiar? If it doesn’t, scroll back up and read 2 Timothy 3:2-4 again. It’s all there – it just uses different language.

But if these changes have been taking place since the fifties, is there any way in which things are different for the current batch of young people?

Yes, there is. While the influence of Christianity started declining in the 50’s, it was still evident in our institutions and decision making for a further 45+ years – so our kids were still being exposed to it over that time, albeit in a diluted form. It’s difficult to pick a precise tipping point at which that all changed – but by the turn of the century it’s reasonable to say that it had gone and for the first time in over 2000 years, the influence of Christianity had all but disappeared from society. Churches are still there, of course – but Christian values have ceased to play a part in shaping decisions at any level of our societies and they have been all but expunged from our statutes. We could debate the precise timing, but not the end result.

Activist Christian leaders are now mocked, their message is belittled, and their views are vilified.

As a result of this, the current generation of young people are different. Unlike their forebears, who had, at least, a basic understanding of scripture and Christian values – most of these kids will grow up devoid of any understanding of the expectations of their Creator. For them, God has been replaced by the State, globalisation, and a misguided belief that we can create a utopian society.

There are some in Christendom who believe in something called ‘Dominionism’ – based on the idea that there is going to be some sort of massive revival in which millions will find God in a contemporary version of the story of Jonah and Nineveh City.

But that isn’t what scripture says. Instead, it tells us that things will get progressively worse for Christians and that the moves to completely ‘cancel’ Christianity (as well as retribution for the way the world persecutes Israel and the Jews) are among the main catalysts for Gods imminent return.

So yes, today’s young people are different. They’re more indulged, less respectful and almost certainly unaware of the basic tenets of the Christian faith – and they’re like that because we made them that way.

There are exceptions to all this, of course – kids who grow up in homes where their parents still have a strong moral compass and instill the Christian values that they, themselves, are familiar with – but even that window is closing fast.

Society is in decline and is only going to get worse – and for that, there’s plenty of blame to go around – although, perhaps its that word which is responsible for much of the mess we now find ourselves in: ‘Blame’.

In that simple word is probably the starkest contrast between the society that we’ve become and the one that our Maker expects of us.

Millennials/Gen Z blame ‘Baby Boomers’ for all manner of imagined ills including the condition of the planet, economic hardship, the cost of housing and the plight of the disadvantaged. Likewise, Boomers blame the young for replacing pragmatism with ideological nonsense, lacking historical context, proposing glib and simplistic solutions and creating a culture of victimhood.

And both are wrong.

Our Creator explicitly instructs us to forgive those who sin against us and to focus our entire efforts on fixing the flaws within ourselves. And guess what – that’s the meaning of life, in a nutshell. We’re not called to fix the issues of others – we’re called to make ourselves acceptable to God. End of story.

So, are the latest generations different? Yes, they are. Are some of those differences taking our society further away from God? Yes, they are. And how are we to respond to that? By forgiving them, and modelling Christ in our own lives.

The rest is just noise.